What to see during a pandemic lockdown 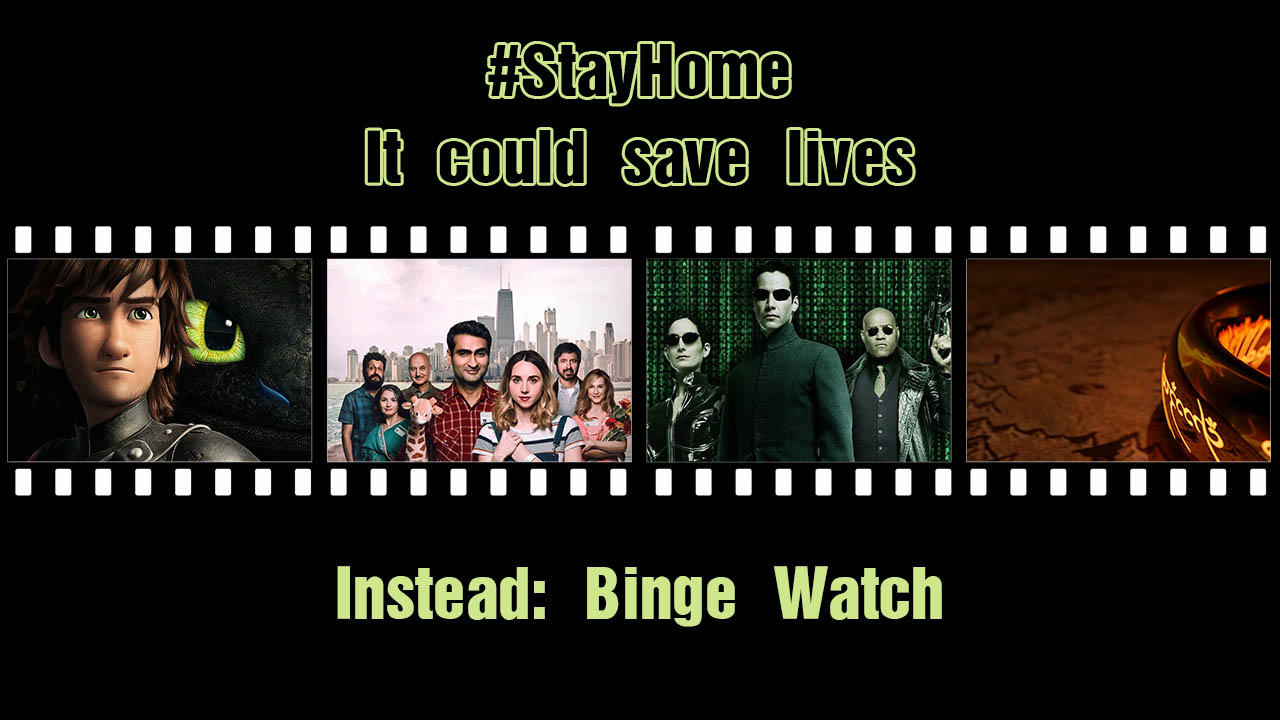 The year 2020 will end up in the history books for the pandemic of the Corona virus a.k.a. the Covid-19 flu virus that is spreading the globe. Perhaps there will be even a paragraph on the hoarding and bulk buying of toilet paper by some people (sharing is caring guys!👍).

Soft lockdown, hard lockdown, … staying indoors is encouraged for the coming weeks. Young people and healthy people are not in serious danger but can still spread the virus, even when they do not show any symptoms. And we all know people who are at risk, people who are immunocompromised because of syndromes, diseases, cancer- or other treatments.

1/2 of my parents is diabetic, my neighbour is 92 years old, a neighbour of my parents has a heart condition, some family members have cancer, others have asthma, … So I urge you to take care of each other but keep your social distance (1,5m), try to stay indoors as much as you can and avoid crowds.

One can still do a lot of things by just staying at home: there are plenty of arts and craft things you can do, read a book, write a story, learn a new language (but be aware of the owl of Duolingo 😉 ), listen to music, practice music (just so you know: Ling Ling practices 40h every day!), learn how to play the recorder! (it is a very versatile and beautiful instrument that doesn’t get enough credits by a lot of people!)

So here is a list of films that might be interesting to see during the lockdown period:

A romantic comedy loosely based on the real-life romance between comedian Kumail Nanjiani and (his now wife) Emily V. Gordon. Kumail and Emily fall in love but their different upbringings and background cultures clash when Emily contracts an illness that even gets her in a coma.

Why do I recommend this film? brilliant acting by Kumail and Zoe Kazan (who plays Emily) and it is a heart-warming story. It also shows what a person who is immunocompromised might face when a stupid injury happens (or you know, when they get in contact with people who spread a serious virus 😷 )

The Lord of the Rings Trilogy (preferably the extended editions)

Three epic fantasy adventure films based on the books by JRR Tolkien. How a little hobbit is forced to go on a dangerous journey with his companions in order to save middle-earth by destroying the one ring.

Why?: Because it is just an epic story and since each film has a serious length, it fills your day 😎

How to Train Your Dragon Trilogy (and the animation series)

This media franchise is loosely based on the books of Cressida Cowell and shows the story of the young Viking Hiccup, son of the Chief of Berk, who becomes an expert at Dragons by befriending one, a rare Night Fury he calls Toothless.

Why? Dragons! 🐉 No seriously, Dragons. Besides, it’s just good fun with a lovely coming-of-age movie. And Dragons of course. Also, all three films have been nominated for the Oscar for Best Animated Feature. Both young and old can enjoy this film.

The animation series, while still good, is mainly focused for kids. So it will be an ideal time to put this on when work needs your attention (or you just want some peace and quiet😂 )

Do you want to take the red pill or the blue? Do you want to know the truth or is ignorance a bliss? Follow the white rabbit and see this science-fiction masterpiece by The Wachowskis.

Why? Because this is one of my favourite films ever! It had and still has a huge influence in the film industry. Besides amazing scenes, great acting and fantastic plot with many hidden nuances. Getting lost in another world, is what film is made for. The Matrix does that.

The two sequals are amazing as well, but I do understand it is not for everyone. But they are definitely worth the (re-)watch as well.

So you see, you have plenty of films or series to see during a lockdown. 🎞 Do try to plan in some excercises in your schedule as well. It is best to stay fit if the ill do start to turn into Zombies… One can never be too safe.