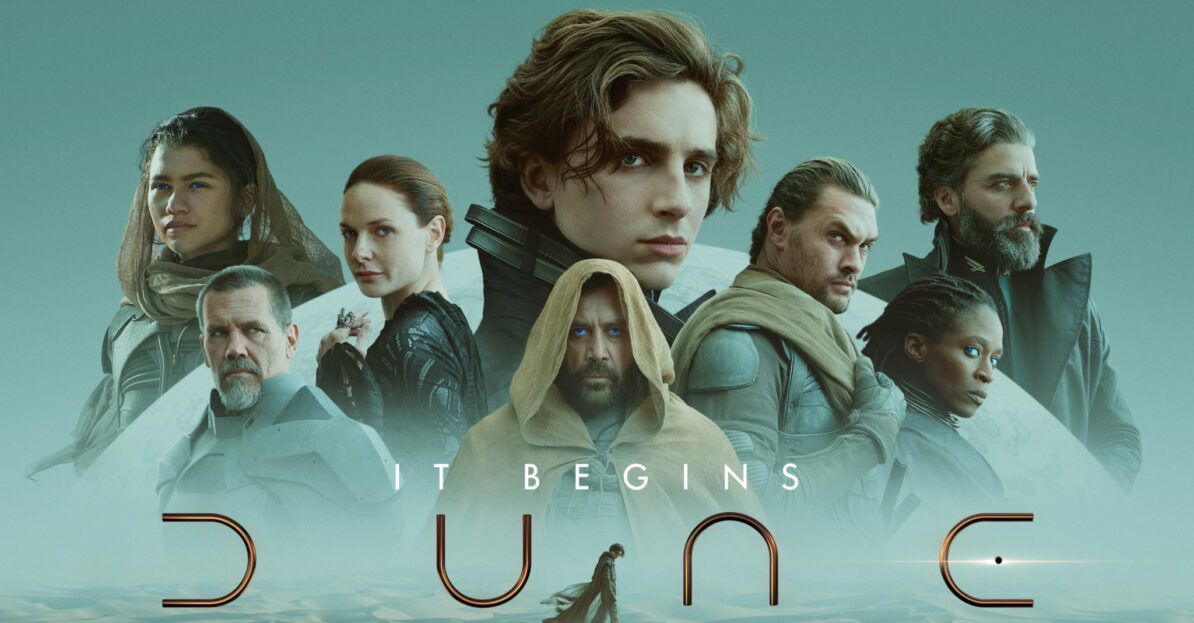 I was in my early twenties when I dove into my mother’s bookcase looking for something interesting to read between studying for my exams (Hey, students deserve a break in between, right?). It was then that I found my mum’s old copy of Dune and read it from cover to cover. While I don’t consider it good enough to end up on my favourites shelf, it did leave quite an impression on me. I always believed that this book could be made into an awesome film.

And then I saw David Lynch’s Dune (1984). While I have the utmost respect for the filmmaker Lynch… Dune is definitely not a testament of his creativity (it’s not excruciating bad… but barely).

So when a new adaptation was in production, I had my doubts. Even though I really like the films I have seen of Denis Villeneuve, I still had my worries. This changed rapidly after seeing the first trailer: I was stoked. C*vid made sure that my patience was tested. But finally the film is in theatre’s. Well, at least on the European continent that is.

Hole smokes, was it worth the wait:  Dune is a visual masterpiece! A masterpiece that needs to be experienced on a big screen in the cinema.

If you have seen Arrival or Blade Runner 2049, you know that Villeneuve likes to show grandiose sets, technical ingenuity and breath-taking scenes. He shows this in Dune as well, and it works perfectly in this story. The music by the brilliant Hans Zimmer giving the film the final touches to it all.

And then I haven’t talked about the impressive performance of the strong cast with the Swedish actress Rebecca Fergusson playing a very well rounded Lady Jessica as an unexpected  highlight.

While the film is pretty long (running time is 2h:35m / 155 minutes in total ), I never felt bored. The action scenes were long enough but never too long and provided a clear purpose towards the narrative, it never felt like the special effects crew and the editing team did it to just show it and say “look what I/we can do”.

I have read some critics who say that the pacing was sometimes slow, to me it felt natural. The film is very loyal to the book and I believe that if someone sees the film without reading the book, they will have the complete story that Frank Herbert wrote.

It wasn’t until we were reaching the end of the film, that I realised that the film Dune only shows half the story of the book (even though the film is advertised as just “Dune”), the film could have been six hours long and I wouldn’t have cared.

So I hope this it will be a success so that in two years or so, we get a satisfying ending of this epic sci-fi story.